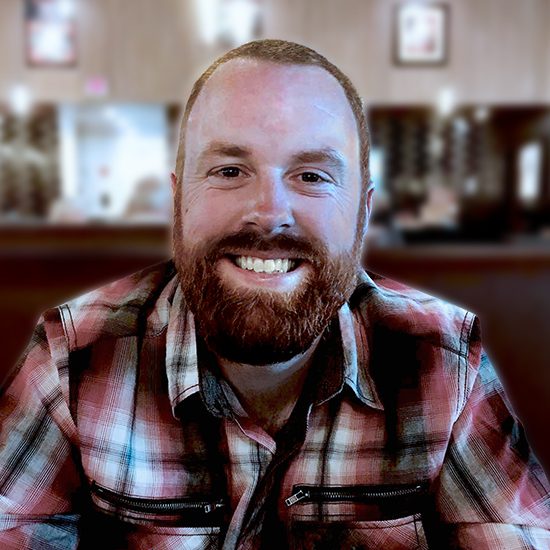 Casey Ford was born and raised in the Grand Rapids area where his interest in sports broadcasting was fostered. After graduating from GRCC he took a job for U of M as their Women’s Basketball play-by-play announcer. Looking to expand his resume, he moved to the UP to work at ESPN radio in Marquette, a job he held for 6 years.

Not long after moving north, Casey met his future wife Valerie who he married in 2011. Prior to working for Roam Media Casey was a very successful car salesman at Frei and later Fox Negaunee. Broadcasting has always been his passion, so when his brother-in-law presented him with the opportunity to manage his own radio station, he quickly transitioned back to media.

Casey lives in Munising with his wife since 2011, Valerie, and their four children. When he first moved to the UP in 2007, Casey’s father Keith marveled at the beauty of Munising and told Casey he should live there. His fathers dream is a reality and Casey couldn’t be happier to call our small town his home.

Want to be on the show? Have a story to tell? Or, just have a question?

We want to hear from you; drop us a line about past, present, and future content of the Coffee with Casey Show.